Do You Know Conductivity Of Copper And Silver Wire?

Without any doubt, electrical wiring is really important in many fields. At the core of electrical wires are conductive metals that allow electricity to transfer from point to point just like what contact components can do. To be honest, silver must be the most conductive metal, followed closely by copper. Although silver has a good reputation, copper is more suitable for electrical work. For instance, a silver wire has a higher conductivity, but there are defects to using it so that copper wire becomes the better option on most occasions.

Though silver wire is more conductive than a copper wire of the same length, silver is a rarer metal than copper. Thus, there are fewer products made of silver such as silver bimetal contact rivets. As silver tends to oxidize and lose efficiency as an electrical conductor, copper might be a more sensible option. Generally speaking, silver wire is reserved for more sensitive systems and specialty electronics such as electrical contact rivets where high conductivity over a small distance is prioritized. 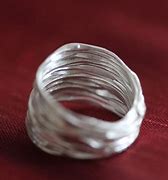 Electrical conductivity can measure how well electric current flows through a given material like stamped metal panels. The more conductive a given material is, the less electricity will be lost. Thus, it is of vital significance for you to choose the most suitable materials.

As we all know, silver and copper must be the two most conductive metals, which are very popular in various kinds of products such as silver contact rivets. It is important for you to know that the conductivity of silver clocks is at 63 x 10^6 siemens/meter, seven percent higher than the conductivity of annealed copper or so, which stands at 59 x 10^6 siemens/meter. When they are measured in ohms, the difference in the resistance of 24-gauge, 1000-foot-long silver, and copper wire is minor. The resistance of the copper wire is a mere 2 ohms higher.

Moreover, you should know the oxidation and metal rarity of silver and copper. Though you can clearly know the difference in the performance of silver and copper wire, there are also a few reasons that copper wire is used more frequently than silver even for some Silver Clad Strip suppliers. The most obvious one is the abundance of copper in comparison to silver. As copper is far more than silver, silver can not easily be found. Thus, manufacturers will choose copper as their main material. And higher-performing metal is more likely to be more expensive to produce from time to time. Silver is also more liable to the influence of oxidation, particularly in humid climates.

In most cases, conductive metals such as Copper Silver Alloy react to water, oxygen, and sulfur and degrade over time into semiconductors, becoming much less efficient in moving electricity. As metal wires will degrade over time, the degradation of silver is high and its cost is high, too. Therefore, manufacturers prefer copper to silver.

As a consequence, manufacturers like stamping parts manufacturers or suppliers will be more likely to choose copper as an alternative. Because of silver's higher cost, silver wire and solder are niche products compared with other metal products such as aluminum stamping parts. As copper is widely used in wires, connectors, and other electrical parts across a number of industries, silver is generally used as a component in specialty electronics and sensitive systems, like industrial-grade switches and automobile contacts as well as its contact components.