It is universally acknowledged that every electrical and electronic connector contains contacts such as brass stamping terminal parts silver contacts. Electrical contacts, connectors, and connections are very important to contact components in making sure performance and safety. If an electrical contact or connection is out of order, then there may be some unexpected disasters which are more likely to contribute to capital equipment and the possibility of a loss of life. 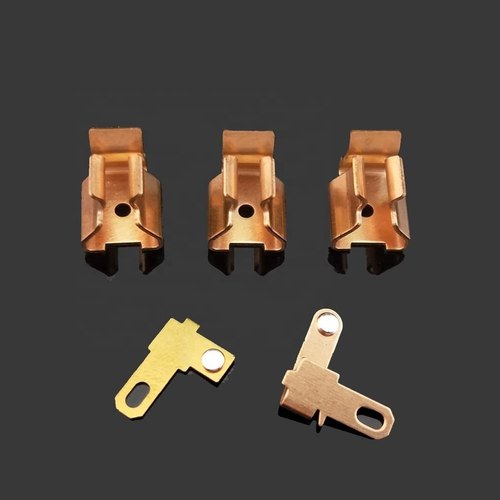 As a matter of fact, there were some examples. The result of an electrical contact problem will be catastrophic due to overheating or cold soldering. For example, if an electric arc punctures the container which is aimed at holding the liquid helium now, it is used to keep the collider at a temperature colder than outer space for maximum efficiency. Then, six tons of helium leak out, overpowering the relief valves and adding to the damage. This can absolutely result in disaster which can damage 53 of the 1,624 large superconducting magnets.

There are different types of electrical contacts like Oem Sheet Metal Riveting Electrical Contacts and connections that you should know about so that you can keep you and your family member from harm.

Several different types of electrical contacts, such as switching or arcing, sliding and removable connector contacts, as well as the Copper Brass silver contact parts can be found in electrical and electronic devices. Generally speaking, switching or arcing contacts open and close to apply or interrupt power or current flow. Switching contacts are found in circuit breakers, contactors, and switches. 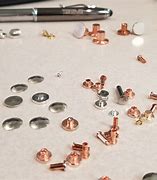 Electrical or electronic joints which contain a well-soldered, brazed, or welded connection should have an interface and are not true electrical contacts with contact components as a brazed or solder joint with good wetting still has an interface. Diffusion and alloying can occur during brazing and welding, which can enhance bulk resistance near the joint depending on the specific metals such as cold forming stainless steel and processes used just like the cold working metal process.