How Much Do You Know about Precious Metal Alloys for Electrical Contacts?

Why use precious metal alloys for electrical contacts?

Some materials with high electrical conductivity such as silver, gold and platinum group metals etc. are often used as electrical contacts. Of course, there are disadvantages for some materials, such as poor mechanical properties leading to poor wear resistance. For example, there are many advantages for silver plating contacts, it can enhance the current-carrying capacity of the terminal and it is cheap. So, the contacts with silver plating are used in electric power or electricity. But silver plated contacts are easy to corrode and blacken, and cannot resistant to plugging. Its feature of chemical degradation is prone to reduce its electrical conductivity.

In order to overcome the problems caused by using pure precious metals, they are often alloyed with other metals. In this way, it can enhance the mechanical properties and corrosion resistance of precious metals and solve the limitations of them. Therefore, metal alloys for electrical contacts can be widely used for many fields.

What properties for the precious metal alloys?

Generally speaking, alloy electrical contacts have high requirements for metal alloys such as high electrical conductivity and corrosion resistance etc. For moving contacts such as switches, brushes or slip rings, they need good mechanical properties and wear resistance. Of course, the properties of precious metal alloys are more attractive than non-alloyed precious metals as metal contacts since they have many advantages as below: 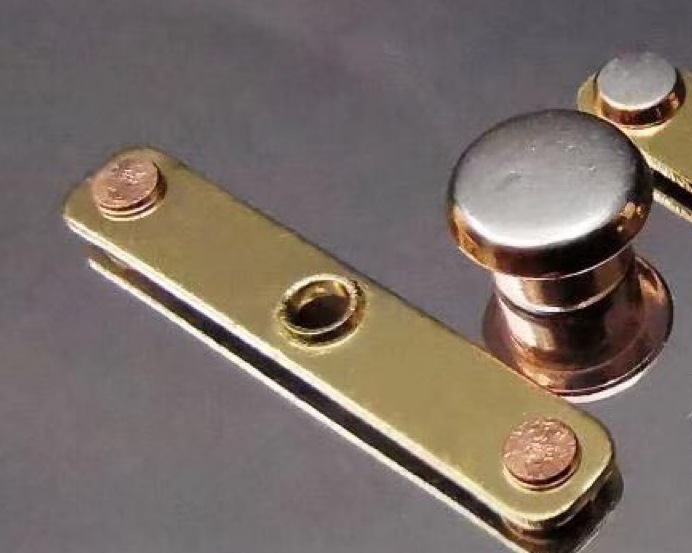 The features of silver-based alloy contacts

We know that silver is a good contact material since it has excellent electrical and thermal conductivity, and strong resistance to oxidation. But, its disadvantages are that it has the features of low wear resistance, low softening temperature and its strong affinity to sulfur, which will make the surface of the silver form silver sulfide layer to make its electrical resistance increase. If it is alloyed, its mechanical properties will be changed. For example, hardness and tensile strength can be improved to enhance wear resistance and erosion resistance. Generally, Cu is one of common used alloying elements, and Ni is another one. AgCu20 composed of 80 wt.% Ag and 20 wt.% Cu. is a good example of a silver-based alloy.