The different Points of Silver Contacts for Different Types of Switches

HFENGLN is a professional manufacturer of contacts rivets and parts. The contacts parts products are widely used in the production of different electronic appliances, such as relays, switches and the intersection fulcrums in conductive circuits and so on. Speaking of silver contacts, we have to introduce the switch contacts parts. In this article, we will talk about the different points of silver contacts for different types of switches. 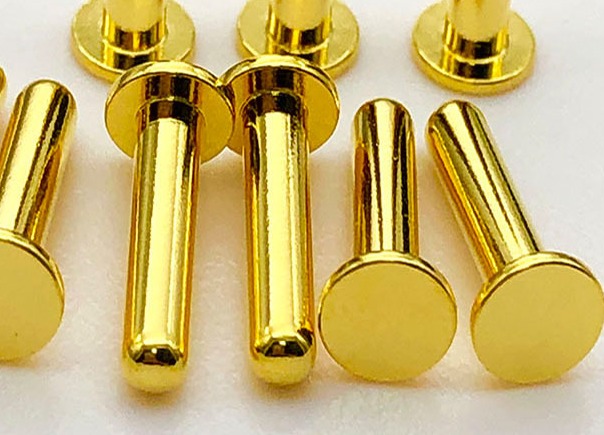 Generally speaking, the silver contact dual control switch refers to the separate control of a certain device in two places, and the double-line dual control refers to two keys on each of the two panels in different places. At the same time, two power supplies can be controlled to achieve the control for the same equipment in different places. The principle of single-line dual-control switch is actually that two single-pole double-throw switches connect in series, and then connect to the circuit. Each single-pole double-throw switch has three terminals connected to two silver contacts and one pole respectively. Now let us take a look the difference of the silver contacts for different types of switches.

The single-link double-control switch connection method is to connect two metal contacts of the two single-pole double-throw switches respectively, and then the blades of two switches are connected to two ends of the electric lamp as the two ends of the whole switch. When the switches are connected to their respective metal contacts simultaneously, the circuit is connected, and the light is on. If one of the blades of the two switches hits the contact and the other also hits the contact, the circuit fails, and the light goes out. Therefore, both switches can control the light. The two switches can be placed on the upper and lower ends of the stairs, or at both ends of the corridor, so that you can turn on the lights before entering the corridor, and turn off the lights at the other end after passing through the corridor, which can not only illuminate, but also prevent people from leaving the lights and avoiding waste Electricity.