What You Should to Know about Pop Rivets and Blind Rivets?

In fact, blind rivets commonly are called as "pop" blind rivets, which are tubular and equipped with a mandrel passing through the center. Insert the blind rivet assembly into the hole drilled through the parts to be connected, and use a specially designed tool to pull the mandrel into the blind rivet. This enlarges the blind end of the rivet, and then the mandrel falls off. These types of blind rivets have non-locking mandrels and are sometimes avoided for critical structural joints because the mandrel may fall out due to vibration or other reasons.

In addition, they are more prone to failure due to corrosion and vibration of the mandrels. Unlike solid blind rivet parts, blind rivets can be inserted and fully installed in a joint that is "blind" only from one side of the component or structure to the opposite side. Because of this feature, blind rivets are mainly used when entering the joint from only one side. 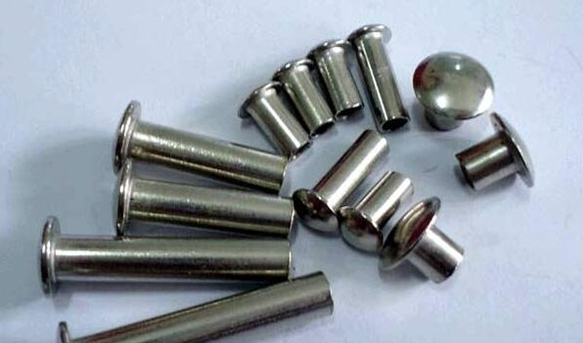 What is pop rivet? About its name, there is an interesting story. POP is the original manufacturer's brand name, now it is owned by Stanley Engineered Fastening, a division of Stanley Black & Decker. Before the use of blind rivet parts, the installation of solid blind rivets usually requires access to both sides of the assembly. One side is the rivet hammer, and the other side is the rocker. In 1916, the Royal Navy Reserve and Engineer Hamilton Neil Wylie applied for an "improved method of closing tubular rivets" and got approval in 1917.

In 1922, Wylie joined the British aircraft manufacturer Armstrong-Whitworth Ltd and advised on metal structure technology. Here, he continued to develop his blind rivet component design. By 1928, George Tucker Eyelet Company produced "cup-shaped" rivets according to the design. Next, Tucker Co. further improved the rivet design and produced a one-piece unit including a mandrel and rivets. The product was later developed with aluminum and the trademark was "POP" rivets. Essentially, pop rivet part is same with blind rivet parts in application. They have flat heads, countersunk heads and improved flushing heads with standard diameters of 1/8", 5/32" and 3/16" inches. Blind rivet stamping parts are made of soft aluminum alloy, steel including stainless steel, copper and Monel.